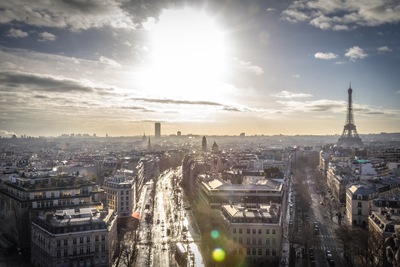 The Essential Business Agreement: A Business-Continuity Agreement Among Owners

If you co-own your business, the business-continuity agreement (or buy-sell agreement) is one of the most important documents that you will sign. If you have a buy-sell agreement that is out-of-date, not reviewed, or focuses on the wrong issues, it may be worse than having no agreement at all.

Let’s start with a hypothetical case study that illustrates the importance of drafting a buy-sell agreement that anticipates and provides for all transfer events (lifetime transfers, disability, or death).

George Acme’s son-in-law, Tom Gardner, had been with George’s company for over 20 years. Tom had gradually assumed an operational-management role, was the acting CEO, and had purchased 25% of George’s ownership over the years—mostly at a low value, in recognition of his valuable services. Everyone acknowledged that Tom would one day own the company and carry on Acme’s fine traditions.

However, that was before George died and Tom’s sister-in-law, Babette, became the executor of the estate. Babette told Tom that she would either sell him the balance of the company—at full fair market value and for cash—or would sell the business to the highest bidder.

Only later did she realize that without Tom’s cooperation, the business was unlikely to sell. No buyer wants a disgruntled minority co-owner, especially when he’s the current CEO.

Tom and Babette disagreed about the company’s value, who was in control, and successor ownership. All of these issues would have best been discussed and resolved before George’s death. Had Tom and George created a buy-sell agreement, the business would have transferred at a fair price to the benefit of all concerned. Now, because Tom and Babette weren’t talking—except through their lawyers—it was unlikely that Acme could even keep its doors open.

The buy-sell agreement controls the transfer of ownership in a business when certain lifetime or death events occur. Typically, the trigger events include the death of an owner, a sale and transfer of stock from one owner to another, or a sale to an outside party. A buy-sell agreement can also describe owners’ agreements about how transfers will take place after lifetime transfer events occur, such as an owner’s permanent and total disability, termination of employment, retirement, bankruptcy, divorce, and/or a business dispute among the owners.

Assume George didn’t die. Instead, one of his co-owners wanted to exit. How would they agree on value and buyout terms or design the transfer? Without a buy-sell agreement agreed to in advance, one owner’s desire to exit can transform longtime co-owners into adversaries, based on disagreements about valuing the company and setting the terms of purchase. The buy-sell agreement sets the valuation method and the terms of the purchase, and outlines the tax plan.

A buyout during an owner’s lifetime is similar in design and consequence to the sale of the entire company to a third party. The value of the business and the terms of the sale (payment, security, etc.) will be negotiated. However, in internal transfers, hard-nosed negotiation tactics and disputes about value and payments can quickly destroy friendships, company culture, or even the value of the business.

The best way to avoid this is to agree in advance on the method of appraising value and payment terms when all of the co-owners are on the same page, looking out for the ultimate welfare of the company, and don’t know whether they will ultimately be a buyer or a seller. During each of these events, the buy-sell agreement may require the business or remaining owners to purchase the departing owner’s stock, give an option to the business or the remaining owners to buy that ownership interest, or give the departing owner the option to require the company to buy his or her ownership interest.

The buy-sell agreement should provide a clear picture to a departing shareholder regarding how much money he or she will receive and how often. Likewise, the remaining shareholders should know the extent and duration of their buyout obligations in advance. This allows both parties to plan their respective futures.

The buy-sell can and should establish the value of the stock, set the terms and conditions of the buyout, and give additional protection to all owners. In short, the buy-sell agreement is intended to protect all owners by telling each to whom they can sell, at which price, and under which terms and restrictions.

In This Case, Nothing Is Better Than Something

As we stated at the outset, an out-of-date buy-sell agreement is often worse than no agreement. Out-of-date agreements may require an owner to buy or sell based on inaccurate values or terms that may have made sense during boom times but can mortally wound the business in tough times.

We urge you to review your buy-sell agreement at least annually as part of your annual planning meeting with your advisors. At a minimum, ask the following:

If your buy-sell agreement is well drafted and conscientiously updated for changes in ownership, value, and other circumstances, there aren’t many disadvantages.

We’d like to help you create and consistently update your buy-sell agreements to reflect your most current wants and needs. Contact us today to begin building a buy-sell agreement that can handle any kind of transfer event.

PrevPreviousAvoiding Disasters in Insider Transfers
NextFailure to Plan Has a PriceNext