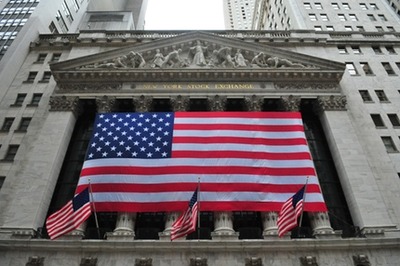 When co-owners are united in striving toward common business goals such as growing revenue, building business value and increasing cash flow, the business dynamics can be wonderfully positive and strong. These owners move together to reach common goals. Contrast that bright picture with what can happen when, suddenly perhaps, the goals of the owners diverge.

Most closely held business owners are full-time employees (and more) in their businesses. What happens when one of the owners wants or needs to leave the company?

Possible reasons for leaving are many, ranging from boredom to more dramatic and unexpected events such as the sudden disability of an owner. Let’s use owner disability to illustrate some of the significant issues raised when ownership goals are no longer aligned.

When disability strikes an owner, the company will endure substantial hardships, both economic and operational. More importantly, in the absence of a buy-sell agreement, the disabled owner’s income stream from the company also may evaporate. This problem confronted Steve Hughes, one of three equal shareholders in a growing advertising agency.

At age 38, Steve suddenly had a stroke. As with many stroke victims, his recovery was incomplete. Physically, he was the picture of health (his golf game even improved!); but he totally lost his ability to speak and read. Doctors told Steve he would never be able to return to work.

Steve’s firm had a buy-sell agreement, but it covered only a buyout at death and an option for the company to buy Steve’s stock if he were to try to sell it to a third party. Trying to find and sell closely held stock to a third party is a difficult proposition anytime; Steve’s disability made it impossible. Even if his fellow shareholders had wanted to continue his salary, they did not have the resources to do so indefinitely.

As a result, the company and Steve were left in a classic dilemma—the company, or rather the remaining shareholders, wanted to purchase Steve’s stock so that its future appreciation in value, due now to their efforts alone, would be fully available to them. Conversely, as Steve’s family soon realized, the owners of closely held stock rarely receive current benefits in the form of dividends. The profits of a closely held corporation are either accumulated by the company or distributed to the active shareholders in the form of salaries, bonuses and other perks.

In short, Steve’s family would not get what it needed most—cash—to replace the salary Steve was no longer earning. Steve’s partners faced the prospect that their efforts to increase the value of the business would reward Steve as much as themselves.

This dilemma could be solved only by a buyout of Steve’s stock. His family then could receive a fair value for his business interest when they otherwise would receive nothing (until the company was eventually sold or liquidated). Meanwhile, ownership would be left with those responsible for the company’s success.

The Hughes buyout faced several problems arising from the now-divergent goals of the owners. Prior to Steve’s unexpected disability event, joint contributions of time, effort and capital created unanimity among owners. Now, one owner needs cash, while the company and the other owners want to retain earnings for growth.

Further, the remaining owners want to pay as little as possible over as long a time period as possible because they (or the company):

Before Steve’s stroke there was mutual agreement and understanding among the owners. After his disability, there are radically different owner wants and needs. The result: Owner discord and impaired business performance.

Typically, we must address four major issues that arise in situations like this:

A buy-sell agreement drafted before such transfer events occur and when mutual ownership objectives unite all owners can anticipate and manage each of these issues.

In the subsequent Exit Planning Review™ article, we will look at each one of these common business transfer problems and identify ways in which the buy-sell agreement can prevent problems from arising, or, at the least, provide an agreed-upon methodology for resolving such issues.

If you would like to discuss in more detail ways to prevent problems in a transfer of ownership, please contact us.