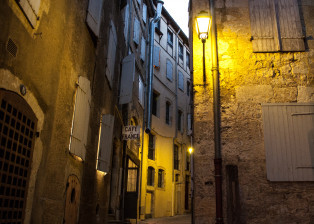 Dustin McMahon spent many hours meeting with a local advisor who said he was an incentive planning expert.  They discussed various incentive plan structures and chose one that Dustin liked best.  Dustin gathered all of his top management together and announced, with great pride, the new plan.  That was two years ago.  Now Dustin is wondering what went wrong?  Nothing has really changed – the company still performs at about the same level and grows at about the same rate as it did before.  The key employees seem happy with the plan because they make a little more money, although a couple of them have left the company since the plan was initiated.  Dustin doesn’t see the changes that he expected would result from this incentive plan.  He doesn’t feel any closer to achieving his goals for the future of the business.  What went wrong?

We have identified four characteristics common to successful incentive plans. A strong plan should:

Let’s look at each briefly.

The most basic characteristic of a successful plan is that it is communicated clearly by the employer and understood thoroughly by the employee. Therefore, successful plans are in writing and are based on determinable standards. To be successful, employees know that the plan exists and how it works. Plans are explained to employees in face-to-face meetings, often with the owner’s advisors present to answer any questions.

Dustin’s incentive plan was in writing.  Employees were clear about what they would receive under the plan.  Dustin was not able to connect the terms of the plan to his personal and business goals for the future.

The second characteristic is that the incentive plan’s compensation opportunity is tied to performance standards. Owners often work closely with their advisors to determine which performance standards should be used—perhaps net revenues or taxable income above a threshold amount or growth in a certain area of at least a minimum rate.

The standards of performance that the owner chooses must be ones that the employee’s activities can influence and that, when attained, increase the value of the company and move the business owner closer to his or her goals for the future of the business and his/her ownership of it.

Dustin and his advisor had not clearly connected the plan and its anticipated results to Dustin’s goals for the future of the company and his ownership interest.  Dustin had not addressed the fundamental planning question “What do you want or need from your business?”  Even though the plan appeared to include performance standards, those standards were not connected to Dustin’s targets.

Include a Potentially Substantial Reward

Third, the size of the bonus one receives under the plan must be substantial enough to motivate an employee to reach the stated performance standards. As a rule of thumb, a plan should create apotential bonus of at least 30 percent of a key employee’s annual base compensation. Anything less may not be sufficiently attractive to motivate employees to modify their behavior to make the company more valuable.

This is an area in which Dustin really fell short.  His employees did not make significant changes in their activities.  They did not develop and implement new and creative ideas or strategies.  They did not leverage the resources available to them in order to help achieve better-than-historic growth.  Because they received some bonuses under the plan, and the opportunity for substantial bonuses was limited, the employees did not adjust the way they carried out their duties in any significant way.

Encourage Them to Stay

Finally, a successful plan “handcuffs” the key employees to the business. The underlying premise is that we only implement these incentive plans if we believe that the company, and in turn the owner, are better off with each employee on the team and working hard to grow the company.  The goal here is to keep the employee with the company the day after, and even years after, a bonus is awarded. Owners typically use several techniques to create “golden handcuffs” for their employees.

Dustin had not given any thought to using his incentive plan to retain key people, and his advisor did not mention it.  Dustin was surprised when several of his key people left the company.  He was a little offended that they were so ungrateful.  He had worked very hard on designing the incentive plan.

Fundamentally, Dustin’s two fatal flaws were (1) designing an incentive plan that worked from his point of view, and not from the point of view of his key people, and (2) not following the guidelines described in this article to develop a complete and comprehensive incentive plan.

If you’re interested in learning more about this important topic, we have a host of other tools in our incentive plan arsenals to help you design a successful employee incentive plan that contributes directly to the success of your business exit.

This is an opt-in publication.  We appreciate your interest.

The example provided is hypothetical and for illustrative purposes only. It includes fictitious names and does not represent any particular person or entity.