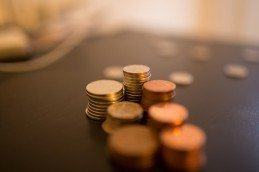 Many business owners facing imminent exit have the enviable but difficult choice of either selling the business to an outside third party and achieving their financial objectives or, conversely, transferring the business to loyal motivated key employees or family. This is nothing more, or less, than a clash of exit objectives.

Take John Conover for example. His automotive after-market business had succeeded beyond his wildest dreams. Just as he had started to think about throttling back, a respected and much larger competitor approached John with a purchase price that would meet all of John’s exit dreams and needs. John hesitated because he really wanted to sell the business to his management team, a group of three capable, loyal, long-term employees, one of whom was his son.

A sale to this group, however, presented one simple problem: they did not have enough money. Conover was stuck between the proverbial rock and hard place. His objectives seemed hopelessly conflicted. Should he pursue a course that pleased his pocketbook or follow his heart?

This problem is not uncommon in businesses with sufficient value to attract third party cash buyers. A clash of objectives can affect any business. The important lesson that John Conover learned and that other business owners can learn is that, once all of the options that an experienced advisor can suggest are understood and weighed, seemingly conflicting exit objectives become compatible.

In this case, the would-be buyer was more than eager, even insistent, that the current management team stay with the business through the sale process. Because of the buyer’s greater size, it could offer the key employees greater income and benefits than could John’s company. Further John wanted to reward — in cash — both his business-active child and the key employees as well as several long term employees for whom ownership was not practical or advisable.

To his son, John gave about ten percent of the value of the company using readily available estate planning techniques. Thus, John’s son was poised and funded to begin his own company (should he not remain with the new owner) on solid financial footing. To his key employees, John gave deferred compensation benefits that, if they stayed with the new owner, provided them financial benefits without assuming the risk of operating a business.

Upon reflection, John realized that what he had wanted for his key employees was not so much to give them ownership of the business as to reward them for the value they added to the company. He also realized that in transferring the business to his son and employees, not only would he not receive cash, but they would potentially receive a mountain of debt in return for owning a closely-held business. (Hardly a risk-free transaction!) By gifting to his son and providing deferred compensation to his key employees, John not only attained his financial and departure objectives while minimizing his risk, but he also provided a generous bonus to his key employees and a jumpstart to his son’s new business, while helping to minimize their risk as well.

PrevPreviousSelling To Insiders
NextHow Much Is All This Exit Planning Going To Cost?Next